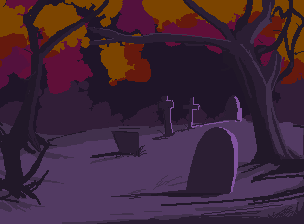 Hey Candy Grabbers!
OK so i'll be rolling out a large update soon that adds a bunch of new features and balances to gameplay that will make Hallowed Candy's "late game" much more fun :)
just want to outline a few of the features that will be included in this large update coming soon!!!!!

ZOMBIES
Some of you may have experienced the "double zombie spawn" this occurs when 2 zombies spawn in exactly the same spot and one is effectively hidden by the other.. this lead to unfair deaths where you would kill the one zombie then get killed by the one hidden behind it.
this issue has now been fixed. No zombies spawn on the same point, and if they do end up lining up at some point in the game, they will randomly pick a different direction to go in... this makes them a little more unpredictable too so watch out for them suddenly turning around.

its a subtle change, but it does help and you notice when the difficulty ramps up more.

THE BAT
Yes, the dreaded bat has been nerfed in the early game and his speed increases are much more subtle, he also now has a different movement where he moves across the screen in a sin wave motion... like a wave pattern. makes it a bit more challenging to avoid but the speed has been brought down slightly as well to make it fair.
some of you mentioned about being able to kill the bat and heres why i'm not for it...… the bat was designed to keep the player moving. ealry tests showed that players could stay in one area and fight off most things with ease, so the bat was introduced to make sure the player didn't stay in one spot. he's the "anti camping" device.
That said, I will try it out for myself and Jason (our tester) and we'll see if it is worth putting in.. i'm also open to suggestions on other ways I can approach this.
The Bats speed will ramp up more gently now to ease you into the later difficulty.
The bat had a bug where it could spawn outside of the game area if the player jumped at the top of the screen. this has now been fixed. the bat can't spawn off screen now.

THE KEYS
Currrently the keys appear in the middle of the level... this made them quite easy to grab, or you could pick them up accidentily by just being in the right spot. so NOW the hit box to collect it is much smaller and in order to collect it you have to climb up to the top platforms and jump to the middle to get it. it works a lot better now and feels more fun to get to.
A lot of people mentioned the Key HUD once on screen is in the way, it slightly blocks the lower platform, it doesn't affect your movement but it does HIDE zombies that spawn behind it, resulting in some unfair deaths. so I've moved it down so it sits flush with the bottom platform now.

LIVES
Currently Pipkin gets 3 lives...… yeah the character is called Pipkin :) in case anyone was wondering. We had a good suggestion to be able to earn a new life once a score threshold has been met. i'm happy to say this will be in the new build, and i'm going to initially set the extra life earnt at 30,000 pts. pending testing.

POWER UPS
OK here's the exciting bit. Pipkin can now get a power up! this item is an instant kill pick up. it begins to spawn on the map once the zombies health reaches 4 hit points.
when Pipkin picks up the power up, she gets 10 seconds where she can 1 shot zombies again, racking up kills faster, and can get you out of some tight spots.  its still in testing phase and currently has no artwork associated with it so there's a while to go yet before that's polished up.

SOME EXTRA POLISH
The candies need a bit more work, so the candies will have a spawning animation to make their appearance more pleasing. also when you collect them they will display their point values the same way the zombies do.

There will be a "PUSH START TO CONTINUE" message on the game over screen.

Some new title Screen art is being worked on to replace the current one, its nice, but it was a very quick drawing that is a little messy, same with the game over screen, I want to make this look more appealing with some nice animation and a better game over logo. again these are place holders and will be updated, can't guarantee them for this next update, but its on the road map to get done.