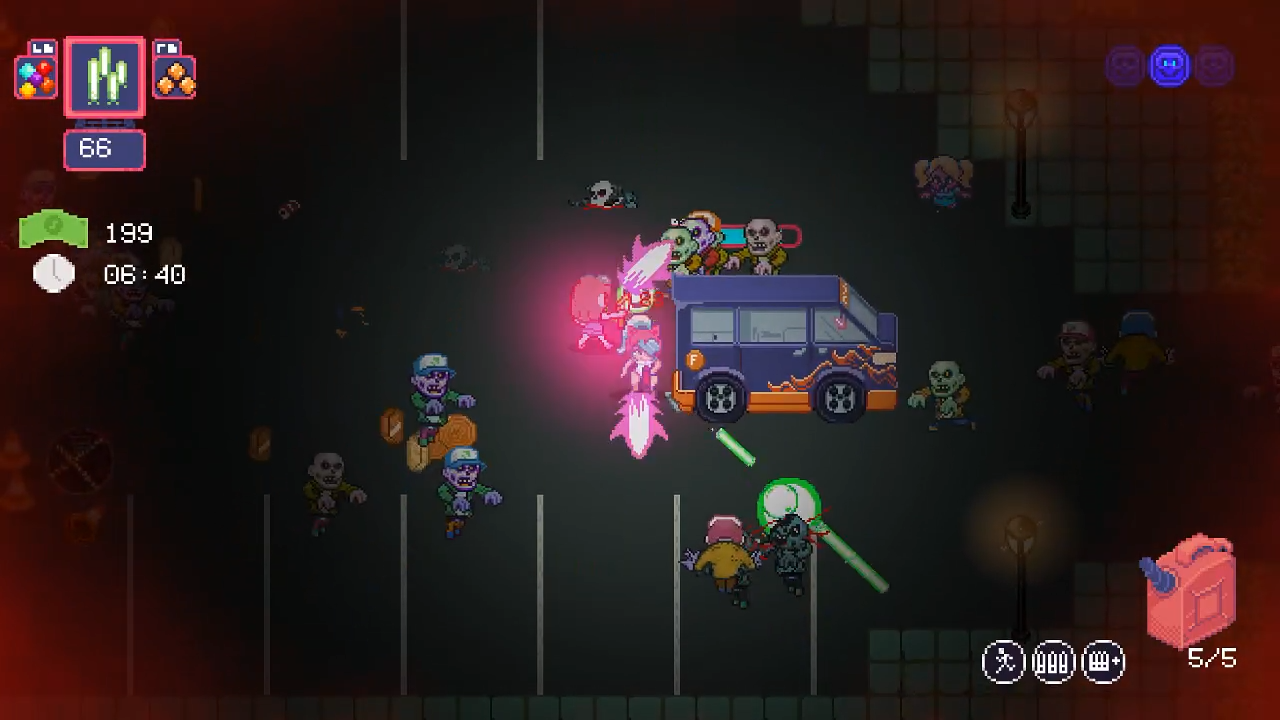 Bubblegum Zombie Hunter is a fast paced twin stick shooter with fun weapons & powerups, lovable characters, and a fun story where surprising gameplay and horror awaits around every corner. It might look cute on the surface, but things can get scary underneath. 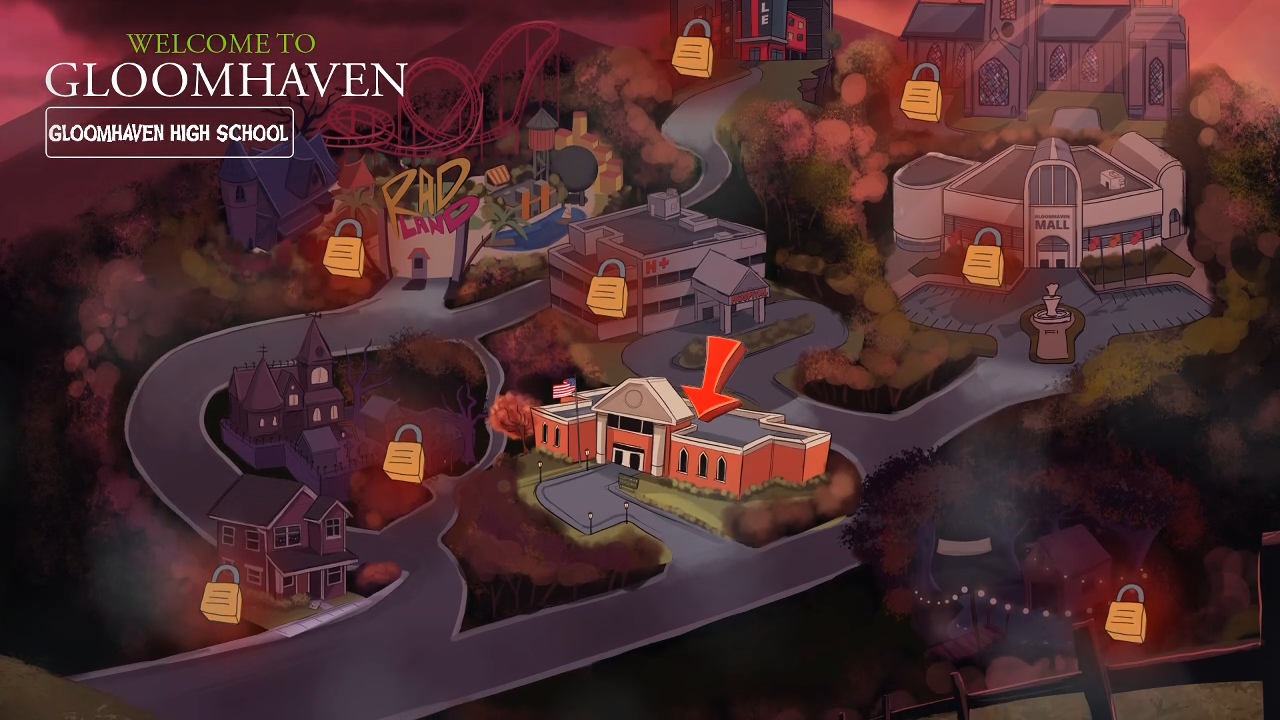 STORY DRIVEN FUN
The plot centers around Kaylee Bu33le, a popular streamer and her younger sister Maddie. Gloomhaven has been overrun by a zombie threat and it's up to them to save the town.  You'll meet Kaylee and her other friends as you progress through the adventure.

FAST CINEMATIC ARCADE GAMEPLAY
You'll be running and gunning taking down zombies and other challenging enemies, solving puzzles and completing tasks to get through each of the unique levels that make up the story mode. Twin stick shooting and fast paced movement will require good skills to take down your undead foes and survive but you can also acquire perks bought from vending machines dotted around the world, these perks will increase your fire rate, running speed, provide health buffs, shields, increase luck for extra loot drops, and more! They are great for making your challenge easier.

DEATH IS FUN!
The game isn't easy, and can be tricky at times, but death brings opportunity, and once you die you will drop a backpack with all your weapons inside, if you get back to your bag you can pick it up and carry on with all your previously acquired weapons. 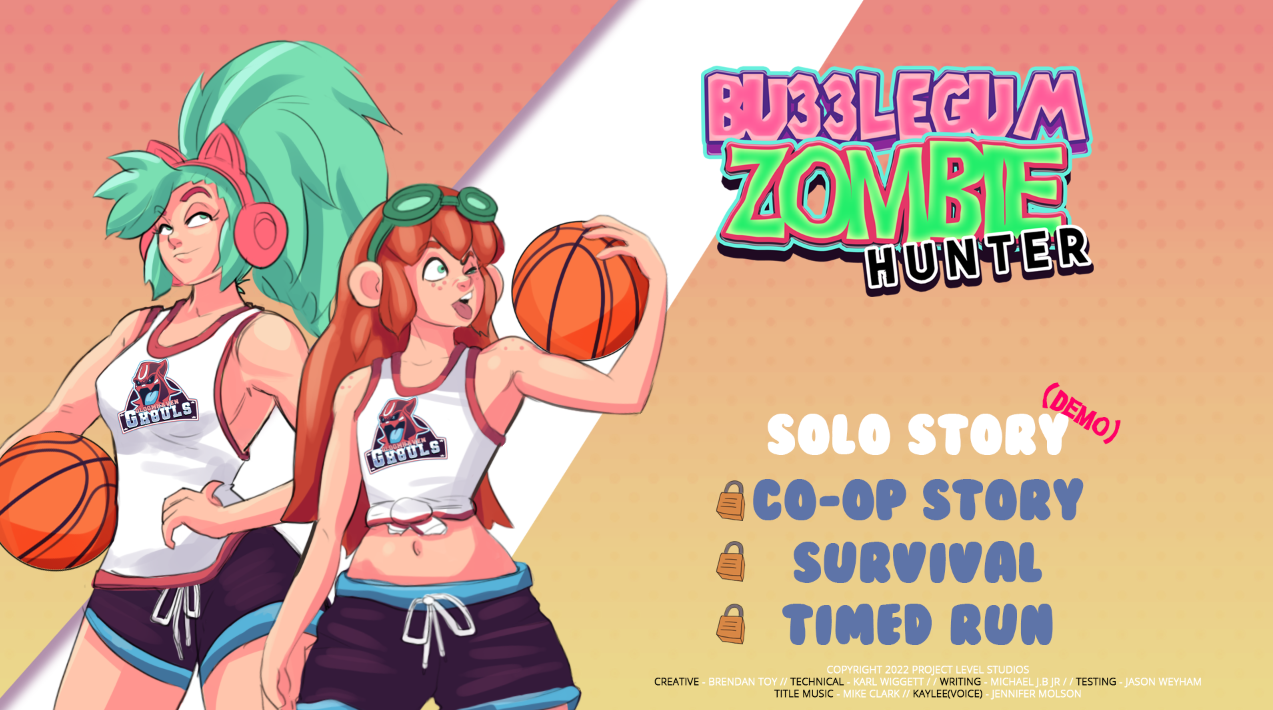 MINIGAMES - THE GAMES WITHIN THE GAME... GAMECEPTION!
You're not just getting one game, dotted around the world are arcade machines that you can PLAY! Games within games unlock loot and other prizes so try them all!
RAD LAND Amusement park has a whole bunch of minigames to try out and enjoy from shooting galleries to basket ball hoop shootouts and more arcade classics.  You will get to drive Kaylee's Rad van in a bonus stage!  Moe down zombies to earn coins, earn back lives and get the edge when heading into the next challenging level.   These driving levels are optional bonus stages and contain some awesome music from great bands.

SECRETS!
Each level has some secrets, and you'll have to look high and low to find the three secret skull coins in each level, get all of the coins from every level to unlock something awesome and of course get a better rank on each levels completion!

SPEED RUNNING!
The game has been designed with speed run strats in mind, keeping those players in the forefront of design so that there can be optimal routes and strategies to maximize every 100% play-through!  Earn ranks from S - D based on your performance in the game.

ADAPTIVE CHALLENGE DIRECTOR
large portions of the game are random, it can play out differently every time, but its smart and can make your time tougher or easier based on a multitude of factors. Its a more modern approach to difficulty settings and keeps the challenge great for those with higher skills but also accessible for those that aren't used to a more difficult game. But even for the DIE HARD ARCADE VETERANS there is a crushing difficulty that only those with gumballs of steel would be worthy of completing.

POST GAME FUN AND REPLAYABILITY
If all the fun you had in the story isn't enough then there's an online 4 player co op survival where you and three friends can set up defenses, and play together to take on waves of enemies in a mega mix mashup from everything you've encountered in the main game. earning XP, and ranking up to earn badges and impress your friends with new Skins for the characters!

CHILL WITH KAYLEE & MADDIE
if taking on the hordes of the undead is just too much right now, you can unwind with Kaylee and Maddie at their house, listen to unlocked music in the bedroom, marvel at your badge collection, use the computer to replay levels, cruise in the RadVan, snooze in the bed, play Maddies Game collection or look after Kaylees much loved Digital Pet.

Hi! :) thanks for playing! there will be loads more to see soon!
to stay updated check out our website for all the social places we post www.bubblegumzombie.com

The art style is great, and the soundtrack is FANTASTIC. The main menu theme is absolutely blasting, and the in-game music gives this great feeling of adrenaline.

Killing zombies is very satisfying (great gore and sound design), and using the special weapons is even more so (though the strawberry laser should be much louder).

While I personally don't expect the plot to be well written, it doesn't need to be; the humor shown in the trailer and in-game is great, and I look forward to all the campy one-liners.

This may not be important to some, but I appreciate how the tutorial was both diegetic (given through natural dialogue) and not intrusive. Making the game easy to understand right from the get-go without babying the player is something so many games have trouble with.

The game is WAY TOO HARD, even on "Easy". I spent an hour on Normal and an hour on Easy, and on both difficulties the furthest I got was getting all the gas cans before being mauled at the front door. The camera is too zoomed in on Kaylee that I don't have time to react to a zombie coming from the top or bottom of the screen, and the red-light section only accentuates this problem more. It forces me to waste ammo blindly shooting at enemies off-screen, and the only way to get more ammo by hoping a zombie drops it (which requires ammo to kill it) or by going all the way back outside (which requires more ammo to fight the horde waiting for me there, and since I have to use even more ammo trying to get back in the building, it's pointless). The pickups help considerably, but to the point that they're absolutely essential, despite being completely random.

Also, the lives system is completely pointless. All it does is restart the entire level and all my progress, something that happens anyway when you run out of lives. It should honestly be replaced with an actual health system.

TL;DR I enjoyed how the game looks, sounds, and feels; but it's too frustrating with its difficulty. I feel you guys need to lean more into the ridiculous/fun aspect rather than trying to force survival horror mechanics into your cartoony retro action twin-stick shooter.

Sorry if my review was long, but I hope you read it all. You guys have a lot of potential!

Hey, firstly thank you so much for playing and thanks for providing us with some great feedback!
I agree with most of the cons, we are actually fixing the camera issue. In the new build the camera shifts slightly up and down now so you can see ahead of you the same as when you are running left and right.  This would make the difficulty a bit easier and stop those pesky "where the heck did that zombie come from" deaths.
Going forward each level is slightly different and Kaylee will have many different objectives and some of the levels are bigger, they will also have a check point system and there's a few other player comfort things/power ups  we are working on in the background that will make it a little easier.
The lives will be more relevant in the full game, for the sake of the demo we didn't want players to have to see a game over screen every time they died, so all though it seems a bit strange now, it'll make more sense in the next release :)
On the difficulty though, its certainly not going to be easy.  "easy mode" will be less zombies and still have objective arrows, but overall its a game that has to be mastered to beat.  But hopefully with the new tweaks and extra fixes we have planned this will make the game hard, but also more player friendly.
Again thank you for taking the time to play and for letting us know how you felt about your time with it.
We hope you'll try the next demo later this year and see the improvements.

Hope to see this on Steam

It IS on Steam :)
https://store.steampowered.com/app/1698990/Bubblegum_Zombie_Hunter/

It's really no problem :) if you pop over to our website you can find links to all our socials and stay informed with major updates. we're also live developing the game most evenings on our discord. stop by and say hi sometime.
www.bubblegumzombie.com

Really awesome game! It is featured on my Week's Top 5!
Check my video!

Hey thanks for featuring us :) glad you liked the demo.

Custom button mapping is something that will definitely be in the full game and possibly in the next public demo we release, in a few months. but currently its not supported.

LMAO I haven't played the game but the trailer sold me, great job, this is how you get people to play your game

Thanks very much, we're glad you liked the trailer. I'm sure you'll have fun with the demo too. 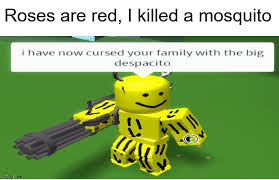 Perfect Level, your game is really cool and a lot of fun, i liked it, a question for you or you, do you intend to bring this game to other platforms?  Consoles and Mobile?

Hi thanks for playing, glad you enjoyed the demo. Right now our primary focus is PC, the Steam store page is awaiting approval and the demo will be available there too.
As for the future, based on success we certainly aim to bring the game to the Switch and more however its still uncertain right now.
There's also more info on our website and a mailing list if you would like to follow more closely.
www.bubblegumzombie.com

Thank you for playing our demo, we hope you enjoyed it! :) :) 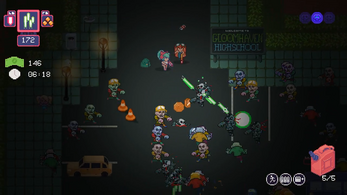 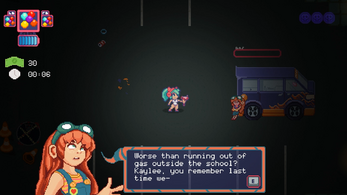 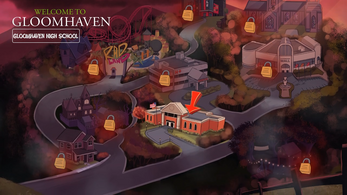 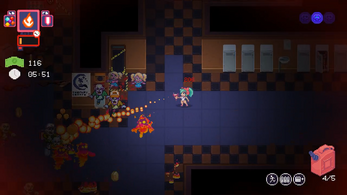 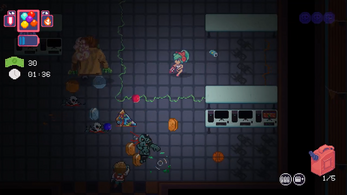 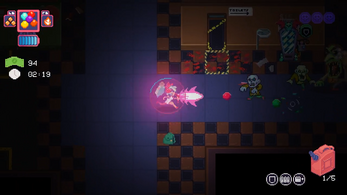 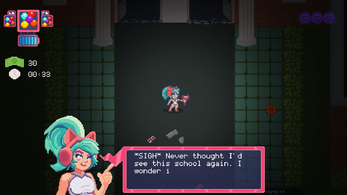 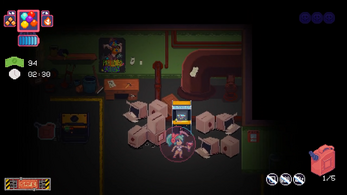 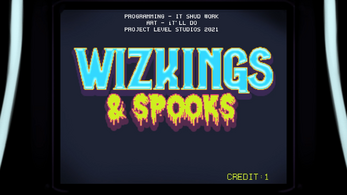 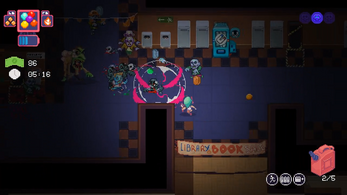 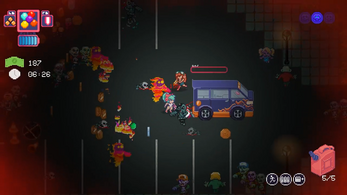 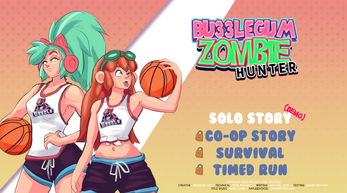 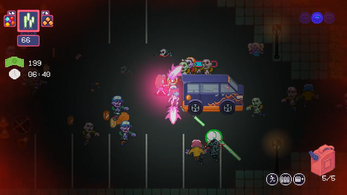 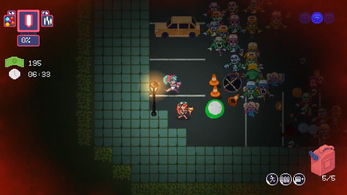